In 2013, a short video went viral in Iran that showed the injury of a female patient on a surgery bed in a hospital in Tehran. The video was shot by an anonymous doctor or nurse who comments with a sarcastic and judgmental tone on the patient's injury to her female organs by using a bulb for self-satisfaction. The spread of that video coincided with my research on Jeff Wall’s famous photograph “The Invisible Man.” That photo exhibits an African-American man who has taken refuge in the sewer tunnels of the city because of the social racism in that time in the United States. In this photo, I am addressing the issues that arise from the video that was taken of the Iranian patient without her permission: Can science without conscience be any help to humankind? How have we been distanced from the manners that used to be taught by our grandparents, like the notion that Doctors Are Privy to Our Secrets? 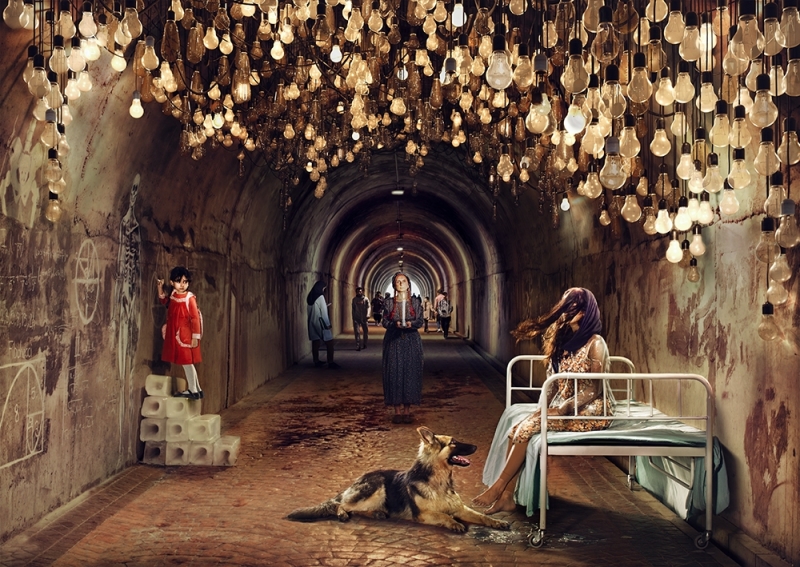